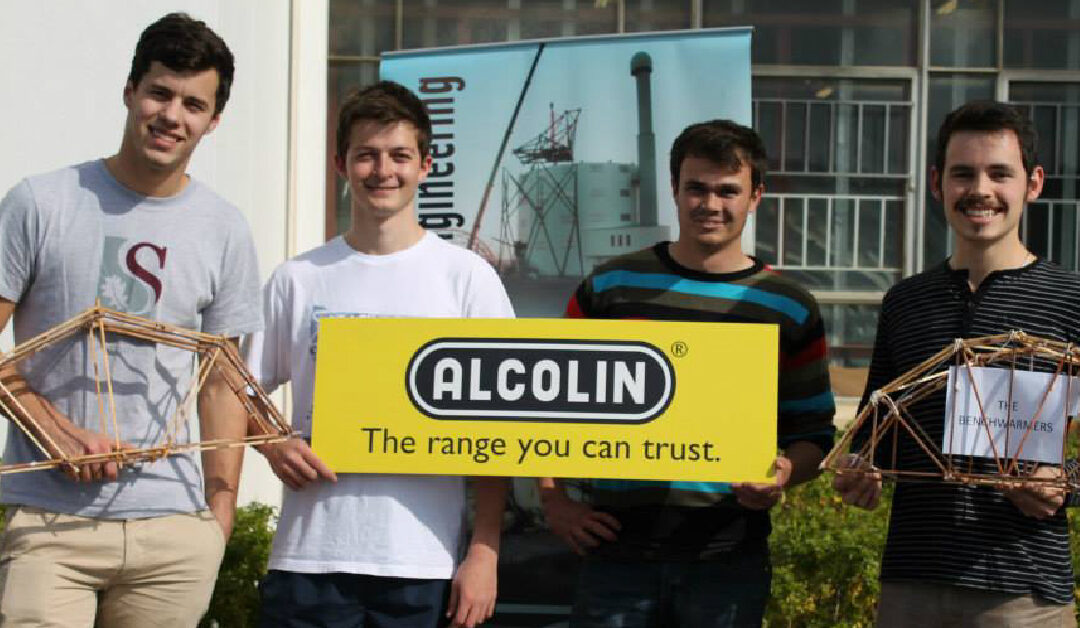 On the day of the testing we ran into a bit of a hiccup when four bridges did not want to break. This was as a result of stronger wood acquired for the competition. Thus each of the bridges on the day then had to reach a weight of 145kg so that they can move on to the “Final round” (a round that was made up on the day).
The final testing was hosted on Friday 14 August 2015 by which time we had a longer rod made so that more weights could be added. The first bridge reached a maximum of 270kg. The Second bridge reached 290kgs. The third bridge went up to 435kgs, then there was no more space on the new rod and the bridge did not want to break. The fourth bridge went up to 480kg because they started using the rope as a means of carrying the weights (can be seen in the photos). As a result we had two teams with fully functional bridges and no more options.
While we were brainstorming our next line of action with respect to the unbroken bridges, the two teams then among themselves decided to take first and second prize and split the money evenly among the teams. This was thus our first Bridge Building Competition where we had two winners with their fully functional bridges.
We as the SAICE Student Chapter would just like to Thank You for sponsoring us with glue and making this event possible through doing that. Looking forward to next years competition and hope you would be apart of it again.Thank You once again.